After centuries of war and violence today Storm region is one of the most peaceful regions in Hungary. 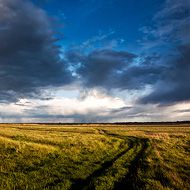 The name, which is still used with pride by people living in the region south of river Körös, dates back to the 19th century. Békés and Csongrád comitatus (county), and the later integrated counties of Arad, Csanád, Torontál were loud of fights, revolutions and their repressions and strikes. Starting from the second half of the 20th century the area became quiet, nowadays the county is really peaceful as its name suggests. („békés” means peaceful)

In contemporary sense Stormregion is a geographic area comprising Orosháza, Békéscsaba, Mezőkovácsháza as well as Mezőhegyes and its surroundings, in a way it is the south-eastern corner of the country, offering numerous sites to be seen for arriving visitors. It is rich of historical and cultural monuments, as well as of natural values. Both lovers of culture and lovers of nature will find the activity and entertainment suiting their specific field of interest.

It is worth hitting the road and discovering the main cities as well as the hidden places. During a holiday spent at Orosháza visitors will not be disappointed if they put on their hiking boots.